Embrace the vibrant landscape of India with an enthralling mix of auspicious rituals, exquisite celebrations and religious history.

Home to the world’s earliest civilizations, the Indian subcontinent is eclectic with a surprising mix of people, ethnicity, ambiance and landscapes. India is diverse with its depth of culture; it’s many Gods and ritualistic carved temples preserved in memorials, impressive emerald alpine forests filled with profuse natural resources and undeniable mysterious fortresses raking the narrow canyons. It is a country of extremes that will probably electrify, enthrall and surprise you at the same time.

According to the Indian history that dates to the third millennium, the Aryans entered India around 1500 B.C. from the northwest region in search of procuring a land that was already native to the ancient civilization also known as the Indus Valley. They introduced Sanskrit and the Vedic religion, a foregoer of Hinduism. Meanwhile, Buddhism spread in the 6th century B.C. throughout the northern regions of the Indian subcontinent, particularly, by one of the ancient kings of the Mauryan dynasty, Asoka, who united majority of the territories for the first time in history. Given the name as being multi-dimensional, India’s multitude of clamorous religious history is a testimony to the nation’s vast complex tapestry and a paradise to an unexpected journey.

With a lot to experience in the vast country and a densely inhabited population that will probably surpass China, Richa Tours focuses on the popular destinations of Delhi, Agra and Jaipur. Here, aficionados of history will come across treasures since ancient times- from striking remnants of the British Raj to palatial palaces of the late Indian Kings to plentiful of bazaars swarming with various ethnic objects.

We also offer packages to Sikkim, the place that reserves heap of Tibetan Buddhist monumental religious statues and philosophical epics that form mélange of cultural ethos. Heading to the outlying northwestern stretches of the Indian Himalayas, we explore Ladakh, a haven for hikers and an exotic mountain escape on the wild.

On an optimistic note, Richa Tours will help in customizing trips that fit your preference and expectations whether it is a trip on seeking cultural values or long treks to the secluded Himalayas.

All in all, India assures to blaze your senses and unravel demystifying moments for a lifetime. It’s a place that will embrace your soul with thrill and spontaneity. 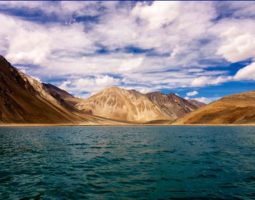 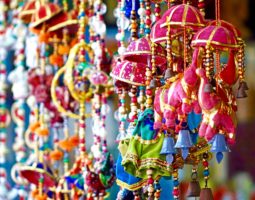