Inspire yourself with the profound feeling of pure reverence as you dwell upon Kailash.

“There in the north is the monarch of mountains, Himalaya named of divinity in dwelling”. - Meghadutam

Through millennia, Mount Kailash and Lake Mansarovar have induced a magnetic attraction in the minds of people of India, Nepal, Tibet and terrestrial far away. Hence, a part of it has already existed amongst us since time began. Numerous venerated sites are linked with boundless mystical practitioners. Elsewhere, it is the specific structure of a mountain or an arch of a river that stipulates the suggestion of its consecrated implication. However, Kailash is beyond description and retain both virtues that serve as a symbol of purity for all pilgrims around the world, creating divine merit.

A quintessential great mass of 21,778- feet tall, the resplendent Mount Kailash looms in the Ngari region of Tibet with scintillating celestial light. Asserting as a spiritual stairway to heaven by few people, Mount Kailash is a journey of discovering your inner-self to the minds of cosmos around it, perhaps evoking an appreciation of infinite space that constructs one conscious of a greater universe embracing the limited world of conventional experience. Or indeed, it is a path of virtuous deeds and sublime connection to your soul. The legendary mountain has been identified as a source of many imperative myths and beliefs, Kailash is not just the center of the universe but it’ s also one of the world’s most venerated sacred sites for four different religions- the Hindus, Buddhists, Jains and Bon’s.

For a pilgrimage that is located in the remote southwestern corner of Tibet, this supremely holy destination is seen by no more than a few thousand travelers each year. However, with many routes initializing and hospitable facilities improving day-by-day, Mount Kailash and Mansarovar have been drawing many people for its serene presence for innumerable reasons.

Our dedicated team, reliable Sherpa’s and guides are effervescent to enliven your journey of a lifetime and surround every moment with a humbling sense of energy and relativity. Every devotee endures a passage of sacredness that reveals a transformation from ignorance to enlightenment, from self-absorption to oneness. Richa Tours seeks every being to come and be a part of this transcending and inspiring sojourn to Kailash! 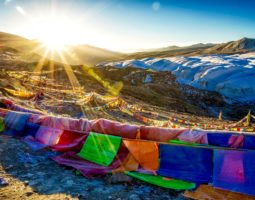 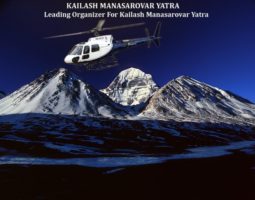 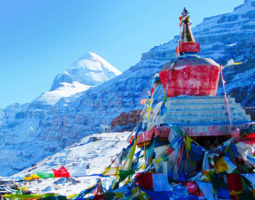 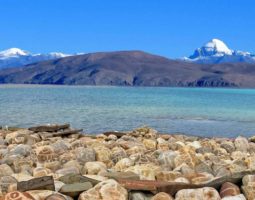 Kailash Manasarovar Via Helicopter Kathmandu In & Lucknow Out 2023